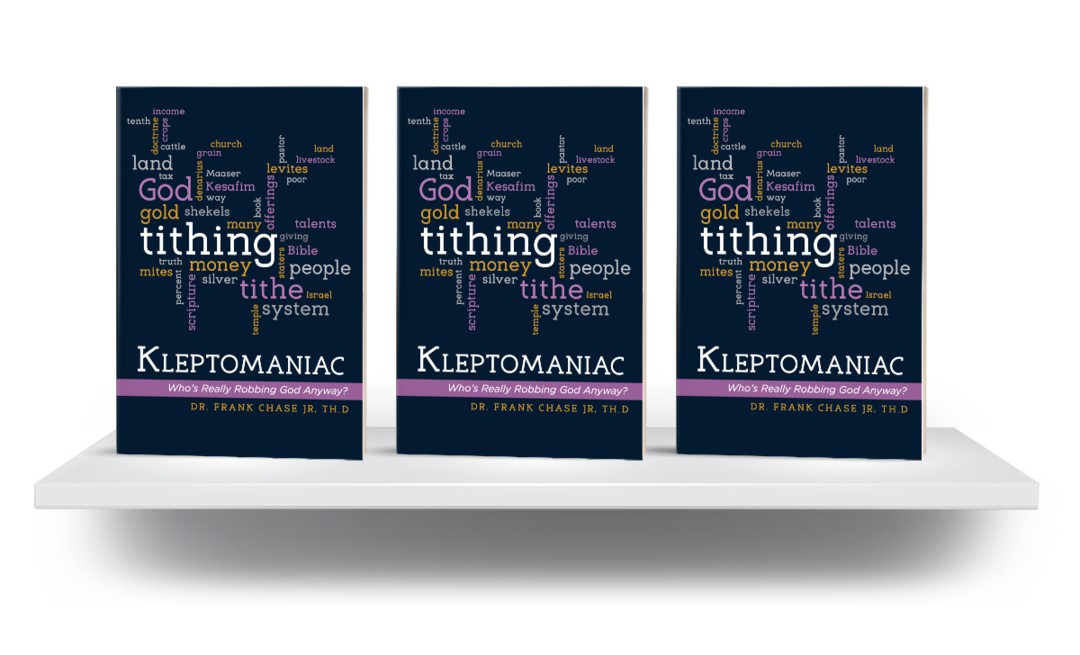 Get Your Copy Now!
Go book

For many people, taking a test can be nerve racking. It gets even more complicated when you start asking questions about biblical subjects such as tithing. Over the years, I’ve heard many people talk about tithing from a matter-of-fact perspective, only to discover that the facts they thought were correct amounted to nothing but error and mis-information.

It is strange that when questions arise as to what tithing is, it never ceases to amaze me how the collective religious flash mob responds and says, tithing is your talent, time or money without one single biblical verse to back up their definition. If you present another perspective that challenges their tithing definition assumptions, it can send people into immediate cognitive dissonance. In this blog post, I will give a list of tithe questions and answers so that readers can begin the journey to seek the truth about what God required as a tithe and to whom the tithe was paid to. Of course the answers will not be exhaustive but will start you on a path to discovery for deeper meaning.

When discussing tithing, it must be understood that no matter what you believe, biblical context drives how one should view tithing. In the Bible, agricultural (produce), herd and flock tithes were eaten by the people, given to Levites, shared during the yearly triennial feast and the Levites paid a tenth part of the eatible tithe to the high priest by Abram to Melchezedec once

There are many questions that can be asked about tithing and all the answers are in the Bible. It just takes a little study and research to discover the facts. Being duped by scriptural shell games only hurts those who fall for the monetary tithe that’s not contain on the page of the Hold Scriptures. No matter how much you post and explain that the New Testament does not command monetary tithing, some people never accept this truth, but hang onto to the notion that if they don’t tithe, churches all over the country won’t be able to pay its bills and thus will have to close. Many people have vested interests in their places of worship. The building is a fixture that’s been etched into the psyche of all believers. The fear that a building could be lost due to a lack of tithing money is a powerful drug to maintain the cashflow. The indoctrination into monetary tithing has centuries-old roots.  And to undue ingrained beliefs about mandatory payments of ten percent will not stop just by writing a book that dispels tithing myths. Other strongholds such as fears of God cursing people who don’t tithe or hopes of receiving abundant blessings for paying God his tithe money keeps the truth about tithing sequestered in the religious mind. Sometimes I still can get over that fact that it took me 30 years to find the truth about tithing. Can you imagine the millions of believers who died never knowing the truth about tithing and may have never taken care of their family properly all because they felt compelled to tithe even when they didn’t have the money.

“If there is one truth anyone should take away from this revealing expose is that the tithing system that exists today in modern Christianity was not birthed in the Bible but was inherited from the Middle Ages in Catholicism when the Catholic Church ruled Christianity and perhaps the entire world. Their published documents such as the New Catholic Encyclopedia admits to creating the new tithe out of thin air. Here is what the record says, “The early Church had no tithing system. The tithes of the Old Testament were regarded as abrogated by the law of Christ…But as the church expanded and its material needs grew more numerous and complex, it became necessary to adopt a definite rule to which people could be held either by as sense of moral obligation or by a precept of positive law. The tithing of the Old Law provided an obvious model, and it began to be taught…The council of Macon in 585 ordered payment of tithes and threatened excommunication to those who refused to comply.”
There you have it! “It was the Roman Catholic Church in 585, which forced tithing on Christians. They instituted this law for all Catholics to follow and if they disobeyed, they could face excommunication. In reality, the state police, sheriff, and legal authorities were often used to forcibly ‘collect’ and estimated ‘tithe’ from the recalcitrant parishioners in Ireland and throughout Europe. The tithing law was religiously enforced on the people whether they wanted to or not. Excommunication, of course, was a very serious penalty. It could mean a loss of a job, loss of income, ostracism by the community and former friends, and loss of land, houses, and possessions. It could even lead to charges of heresy, and imprisonment or death.” Excerpt From: Dr. Frank Chase, Jr., Th.D. “Kleptomaniac.” iBooks. https://store.bookbaby.com/book/kleptomaniac