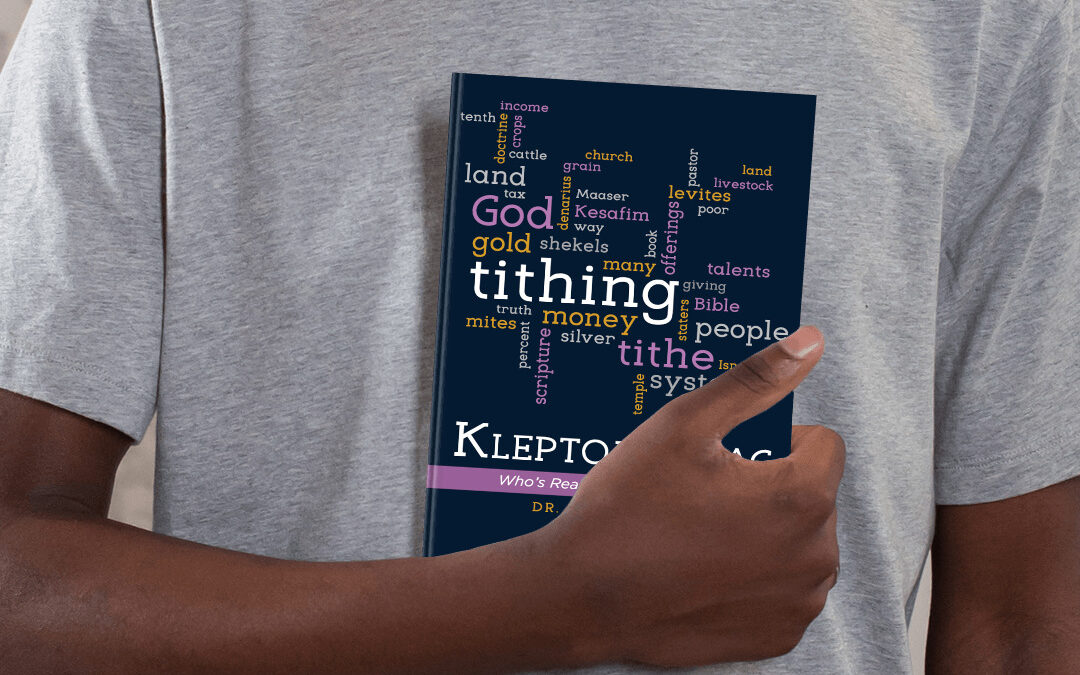 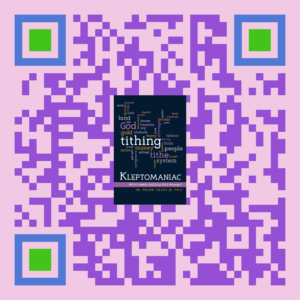 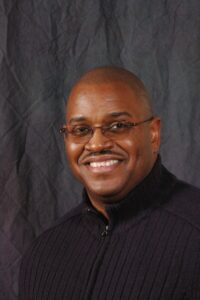 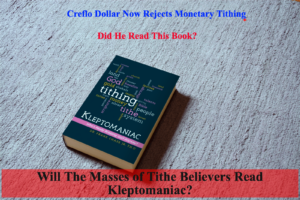 MADISON, AL, JULY 14, 2022 – When Dr. Frank Chase Jr. wrote “Kleptomaniac: Who’s Really Robbing God Anyway?” seven years ago, he likely did not foresee that Creflo Dollar, an eminent pastor and televangelist, would later cause a major uproar in church circles with his own admission that the teaching on monetary tithing was false. On June 26, 2022, Creflo Dollar renounced his previous teaching on tithing, the practice of giving one-tenth of one’s income to the church. Why did Dollar change his mind, contradicting centuries of teaching on monetary tithing?

“Some have even said Creflo sounded like he read my book,” says Dr. Frank Chase. “Well, that may be a stretch but it’s a nice thought if he did.”

Regardless, Creflo Dollar’s admission bears out Dr. Chase’s rebuttal of monetary tithing as set out in his book – an exposé of how currently accepted doctrine came into existence centuries ago. The book confronts tough questions such as whether God ever required a tithe of money. Chase is meticulous in his research, giving context and definitions for every mention of tithing in the bible. His book also explains the concept of giving from a New Testament perspective (with no 10 percent mandate) and questions how people are affected financially by the requirement to tithe, especially in times of financial hardship.

“Biblical tithing was never about money – it was about donating crops and livestock,” says Chase. “Tithing did not relate to income; giving is always from the heart. The power to define is the power to determine destiny, so let no one determine your understanding about tithing without study. The needs of the many – who need to know the truth – outweigh the needs of the few preachers and teachers who don’t want that truth to come out.”

Visit Dr. Chase’s website to find out more about his revelatory book and read his tithing blog. “Kleptomaniac: Who’s Really Robbing God Anyway” can be purchased through Book Baby. 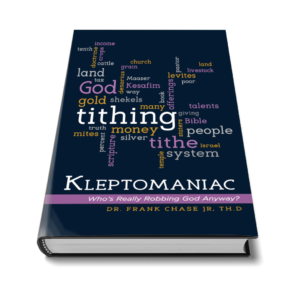 The Tithing Truth is in The Book

It is amazing to see the church world in an absolute panic and uproar over Creflo Dollar now rejecting monetary tithing as false doctrine. The uproar is so great that Mega Pastor IV Hilliard have come out and called Creflo crazy and off his rocker. It’s been reported that Dollar said he knew all along that tithing ten percent of your money was not in the Bible but taught falsehood all along. And in my research for my book, many pastors are taught in seminary and theology not to teach the truth about tithing. Sorry but it’s true. The push back is getting stronger and stronger from pastors all over the country. Creflo let the cat out of the bag and now those of us who have written books on tithing such as myself have known tithing money was not in the Bible.
The question is, Why did Creflo change his mind. Some have even said Creflo sounded like he read my book. Well that may be a stretch but it’s a nice thought if he did. I would hope he read my book, Kleptomaniac: Who’s Really Robbing God Anyway? I wonder what’s going to happen now. When I wrote my tithing book seven years ago, many people I knew stopped associating with me. Many thought I was off my rocker and that I was totally wrong about tithing. Well, based on Creflo Dollar, I was not so wrong after all. And even if Dollar never came out with the truth, the research I did for Kleptomaniac: Who’s Really Robbing God Anyway will definitely enlighten your understanding of authentic biblical tithing.
So for those who feel comfortable about reading more about tithing, fear no more because there was never a curse for those who did not tithe money. You are not and have never been cursed with a curse for not tithing. I am a living witness because I stopped following that false tithe teaching seven years ago and have not look backed. So for all my friends, associates, who were skeptical, fearful, and not sure, you can feel free to know that my book Kleptomaniac: Who’s Really Robbing God Anyway is an educational tool that will help you see through all the tithe lies.
Creflo even told the people to throw away every tape, book, CD and teaching on tithes he ever taught. Now you can pick up a book that will properly educate you on God’s authentic tithe for the Old Testament. It is high time for all people and believers to get the facts on true biblical tithing and start talking and studying. Let the theological conversation begin. Will Creflo cave to the pressure to back off of his theological shift because if he does not, he will face the wrath of the entire pro-tithing doctrine world. 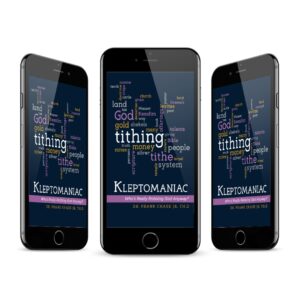 The Tithing Book Preachers Don’t Want You to Read

Creflo Dollar set off a firestorm

Kleptomaniac Who’s Really Robbing God Anyway to find out why tithes are not money. Go the press release link below and find out more about the centuries old tithe lie. Your jaw will drop to the floor. The Billion dollar tithe heist has finally been exposed.
On this day, to all my facebook friends and all who decided to take a chance and read my tithing book with an open mind. I want to thank you all for the support over the seven years. Now, you cannot be put under censorship against reading my book because a religious authority figure Creflo Dollar spoke the truth about tithing. #CrefloDollar
You can start by reading excerpts of my book  or get signed copies on my website at FC Publishing, LLC https://.fcpublishing.com or scan the QR code or read my tithing blog.
The struggle I went through to write Kleptomaniac: Who’s Really Robbing God Anyway is worth it all. I gave up a lot for the truth to come out. And recently discovered that IV Hilliard Daughter went against monetary in his church and he soon put her out to pasture. Even if you look at IV Hilliard’s video on Creflo’s new stance, he scrambling to make sense but his arguments are nothing more that circling the wagons. When God asked for a tithe of the land and the fruit of the tree in Leviticus 27:30-33, he did not give permission for preachers, believers, or churches to change the tithe from crops and livestock to money. You can listen for a blog talk radio interview I did four years ago about my book Kleptomaniac: Who’s Really Robbing God Any?

Kleptomaniac: Who’s Really Robbing God Anyway will teach you all the fact about tithing, how it was practiced in Israel. Why does it make sense for people to feel obligated that they have to pay 10 percent of their income to the institutional church in perpetuity when the scriptures does not suggest such a notion. Giving in the new testament is clear and that’s why it’s possible that Creflo Dollar repented of his lifelong tithe teaching error. But in reality, he made millions of dollars off of the erroneous tithe doctrine. The question remains, will he return all the gotten gain from teaching a false monetary tithe system. Kleptomaniac: Who’s Really Robbing God Anyway is a book that will educate you on the basics true biblical tithing.