Tithing Explained in Words and Infographics 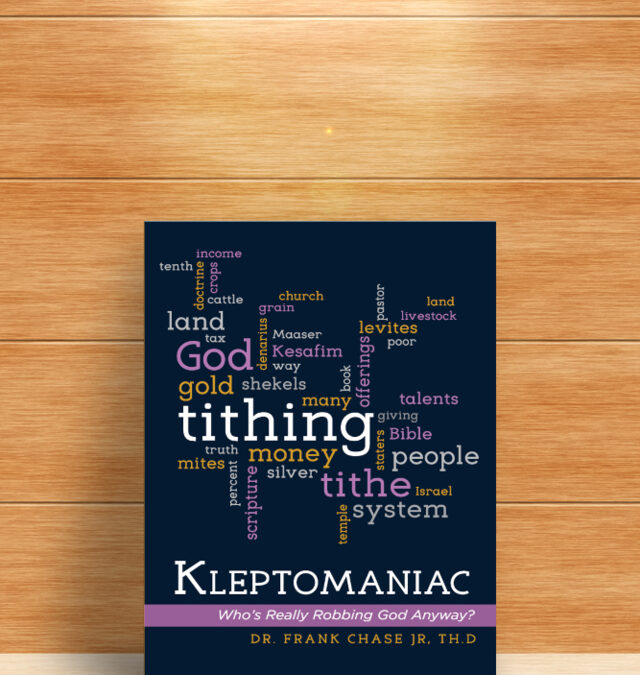 Hold the presses, check your wallets and purses, it’s an emergency. Tithing from your paycheck isn’t in the Bible but was an invented doctrine imposed on believers in the sixth century. So who’s the culprit for this epic deception. If you open the book https://store.bookbaby.com/book/Kleptomaniac prepared for a jaw dropping revelation. But sometimes even words or scriptures still won’t help a person understand what tithing really is and why it is not required today. So in this post I have prepared three tithing info-graphics to help some people get an understand of what tithing is.

The church says to tithe money, but God said to tithe crops, herds, flocks, and grain. Money was introduced as a mandatory tithe by the catholic church through edits, and church law that cancelled God’s command of an agricultural and livestock tithe. The tithing truth can’t be found in the church, it can only be found in the Bible and research. But sometimes even if you still show people scripture that prove what tithing is, it’s still not enough to convince them. God’s crop, herd and flock tithe belonged only to the Levites not pastors or churches. So it would be incumbent upon all believers to do research and get informed about tithes so that you don’t let your finances get raided until you know the facts about God’s tithe requirements. You can began your search here: https://www.youtube.com/watch?v=NfiqI6GVUJo&feature=share. And you can also start by reading books like Kleptomaniac: Who’s Really Robbing God Anyway? Just contemplating about tithing leaves you vulnerable to deception. Reading about tithing makes you an informed giver who knows the doctrinal shell game and tricks of the institutional church monetary tithe trade. Be forewarned and forearmed with tithing truth so you don’t drink the Kool-Aid. The process of changing the biblical authorized livestock and produce tithe from eatible items to money happened over a long period. As the church and state became bedfellows in the 8th century under Charlemagne, he formed the unified Holy Roman Empire and began teaching monetary tithing first as a voluntary act but became more aggressive and transformed into requirement to support ministry. All of this was done outside of scripture. So let’s look at the first infographic about tithing to see if this information can help you clear up some issues you might have.

“Tithes were referenced as food 16 times in the bible. It was never referenced as money but still church people still believe this lie.” A tithe infographic is worth a thousand words, and if words can’t convince people maybe a picture will. The most scariest thing about monetary tithing over over the centuries has been false teaching about the storehouse and the devourer in Malachi and what the really mean.

No matter what you hear come from the pulpit, always remember that when the Bible says tithes, God is asking for eatable agricultural products from the land and livestock. But when you hear the supposed tithing Levites of Christendom say tithes, it is not crops and cattle they want, but money is the focus because they justify changing the use of the Hebrew word for tithe to include money outside of the Bible. The centuries-old fleecing campaign of God’s people has gone on far too long.

Based on the sabbatical cycle and the Scriptures, the tithe did not go to the temple. Every third and sixth year of the sabbatical cycle, the tithe stayed in the towns for people to eat. The first person to get the tithe was the Levite, then strangers, the fatherless and widows got to eat the tithe in the towns where they lived. The tithe was brought to the local Levites and distributed to the needy in their communities. Deuteronomy 14:27-29 and 26:12-14 indicated the eatable tithe stays in the community for the people including the Levites. The third year tithe serviced Levites, widows, orphans, and strangers. It was a public service for the less fortunate so people would not go hungry. Unlike our society today, Israel did not have an economic system that resulted in two social classes: the haves and have-nots. This is because the third year tithe or the poor tithe took care of the needs of those less fortunate. What is also amazing is that strangers, widows and orphans did not tithe because they were not landowners. That’s right! The poor in Israel did not tithe. The Bible says the tithe belongs to the Levites as their inheritance from God. Before the law, no tithe command existed and all giving fell under the auspices of gratitude or freewill giving. Now when God speaks to Moses, he commands a tithe as part of the law and introduces a middleman, the Levites. The tithe Abram gave before the law didn’t come from a pre-law principle but happened based on customs for the rules of war. Tithing existed long before Abram gave a tithe to Melchizedek. When God instructs Moses on the tithing laws, He defines what the tithe is. In Numbers and Deuteronomy, God states to whom and where Israel should tithe. The context of Leviticus 27:30-33 shows the tithe is land based, which makes Israel an agricultural economy. Israel had a monetary system and never tithed money in a partial agricultural economy. Let’s see if another infographic with five facts about tithing will help your understanding

“From every storehouse reference in the Bible, is their one that either directly or indirectly implies that the storehouse is the modern church building? I think not. The definition of the storehouse in the Bible depends on what translation is used. The first form of the word storehouse is mentioned in 2 Kings 20:13, “Hezekiah welcomed the messages and showed them all the silver, the gold, the spices, and the fine oils that were in his storehouse….” (CEV). Now, if you read this verse in the NKJV, it says, “…showed them all the house of his treasures…”. In the Complete Jewish Bible (CJB), it says, “…showed them the building where he kept his treasures…” and all his gold, silver, spices, and oils. Genesis 41:56 says, “The famine was over all the face of the earth, and Joseph opened all the storehouses and sold to the Egyptians. And the famine became severe in the land of Egypt.” As you can see, Joseph stored up grain, and at least one-fifth of Egypt’s produce for the upcoming famine. In the Contemporary English Version (CEV) of the Bible, Deuteronomy 28:8 reads, “The LORD your God is giving you the “and he will make sure you are successful in everything you do. Your harvest will be so large that your storehouses will be full.” This same verse in the CJB and the NIV uses the word barn instead of the storehouse. Barn is also used in Job 39:12 and Haggai 2:19 of the KJV.
In addition, the Bible reveals other references to storehouses that have nothing to do with tithes or money but weather. The CJB says in Job 38:22, “Have you gone into the storehouses for snow or seen the storehouses for hail.” Another reference to storehouses that relates to nature is in Psalms 33:6-7. The weather is also referred to as God holding the wind in storehouses in Psalms 135:7, “He raises clouds from the ends of the earth, he makes the lightening flash in the rain and brings the wind out from his storehouses” (CJB). Other Bible verses refer to storehouses as a supply depot or warehouse for storage of government supplies such as food, treasures and military equipment (see 1 Chronicles 26:15; 27:25 and 2 Chronicles 11:11).”

The truth about tithing is in plain site but minds eye of people are blind because of cognitive dissonance and a lack of understanding biblical context. For years I was afraid to do deep research on tithing to find out what the truth was about tithing ten percent of my income to the institutional church. I was scared straight and gave the ten percent to the point of my financial downfall just to escape the curse of God. But when I decided to take the plunge and search the scriptures, I first produced a 117 page power point tithing study, then I turned that into a powerful book called Kleptomaniac: Who’s Really Robbing God Anyway? Here’s a quote from my book that no pastor will be able to filibuster and pontificate to escape the truth of the eatible tithe, “If an Israelite lived too far from the temple to take his tithe, he was suppose to convert the tithe to money and then re-buy the products and eat and share with levites, strangers and the poor at the place chosen by Yahweh.” Don’t believe me read the book, https://store.bookbaby.com/book/kleptomaniac. When it comes to tithing, the church acts like a kleptocracy. Here is another infographic for about what fruits really are for your study.

Prior to writing my book, Kleptomaniac: Who’s Really Robbing God Anyway, I planned on just ending my research with my 117 page tithing power point study and this New Testament Giving Power Point Slides. It it 48 slides. But after many people encouraged me to write a book, they said it did not make since to just do the slides and stop. So I expanded everything into more research and finally wrote the book. Boy did I learn so much over the years. And now I know for a certainty that no one who goes to church owes God a monetary tithe. So let giving be giving and let tithing be food as the Bible instructs. If the Bible says, “And all the tithe of the land, whether of the seed of the land, or of the fruit of the tree, is the LORD’s: it is holy unto the LORD. …And concerning the tithe of the herd, or of the flock, even of whatsoever passeth under the rod, the tenth shall be holy unto the LORD. These are the commandments, which the LORD commanded Moses for the children of Israel in mount Sinai,” why are pastors trying to change God’s word to collect money as tithes when the scripture says tithes comes from what is grown from the land and tithes are herds and flocks, and that the tithe command was given to the Children of Israel who grew crops and raised livestock to offer God as a tithe. The answer is God doesn’t want your money as a tithe. Leviticus 27:30, 32, and 34. And in the New Testament, Jesus never taught his disciples to tithe. The apostles did not tithe and neither did the churches they preached at. So why is there so much attention placed on Old Testament tithing, an Israeli agricultural practice by Christians of the modern day to twist tithing into money? Twisting the Biblical agricultural tithe into monetary income so preachers can get paid, is extortion and changing God’s word, which is forbidden. Don’t fall for the con but follow the context! Follow the New Testament rule of 2 Corinthians 9:7 and give whatever you decide to give! So let’s see what the next infographic bring to light about tithing.